MS Access or Microsoft Access is Database Management System (DBMS) by Microsoft. In Microsoft Access, Jet Database Engine is merged with the Graphical User Interface (GUI) and Software development tools. You can create customizable database applications using MS Access with many built-in functions like string, numeric, date, and information functions. MS Access 2016 is a part of the MS Office suite. Here we will learn the basics of MS Access and its designing and implementation in context as an accounting system. Let us get started. 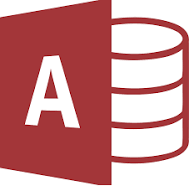 As we have learned before a Database Management System is a software that helps its users store and effectively manage databases. It is a systematic system/software to create, store, manage, manipulate, retrieves and update any kind of data.

One of the main applications of DBMS is that it can also be used to manage an accounting system. And MS Access is one of the popular DBMS tools that is used for the same. As Microsoft’s primary database program MS Access has many applications in the economic world.

In accounting it may be used for reviewing accounts, tracking down invoices, keeping a check on the creditors of the company, reviewing final accounts at year end etc. MS Access is a very effective tool for financial management and even tax management. 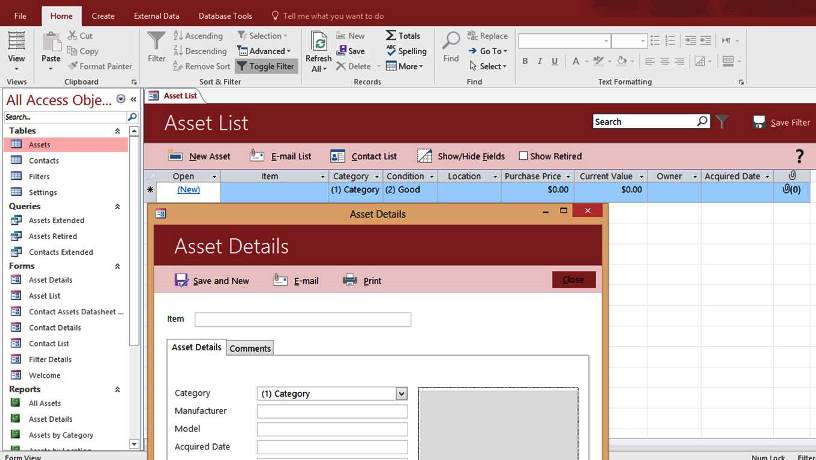 There are seven major components of Microsoft Access. When we create a component in Access it is an object, and several similar objects grouped together will constitute a class. Let us take a look at the components.

In MS Access Tables store the data or the information that you feed the program. The data table can be created with the required field names, properties etc as desired by the user. If the table is not created correctly, the database may be slow in giving results or give wrong results entirely. So it is essential the table be created properly and carefully.

Relationships are the connections that form between one or more table. So the relationships can be one-on-one, one-to-many and then of course many-to-many.

Queries are when the user or the programmer requests the database for information. The objects help create a SQL compatible query, which can help store data and retrieve information from the database. Queries can also sort and filter data as per the query statement.

This is an object class which allows the programmer/designer to create a user interface for MS Access. A form is defined by tables and queries.

Macros are tools on MS Access that allow you to automate tasks on your forms or reports. They are predefined actions that add functionality and efficiency to your database. They can perform a series of actions like open a table, run queries, create reports etc. The command will be performed each time the macro button is clicked on.

These are the foundations of the software that allows the programmer to create a set of predefined instructions called sub-routines. These modules can be used throughout the database, they can be used from anywhere in the database.

Solved Question for You

Q: Every component that is created using access is a subject and several such similar objects constitute a class. True or False?

Ans: MS Acces is a popular DBMS system to create, store and manage databases. Every component that is created using Access is an object and several such objects constitute a class. Access is functionally available with seven object classes. 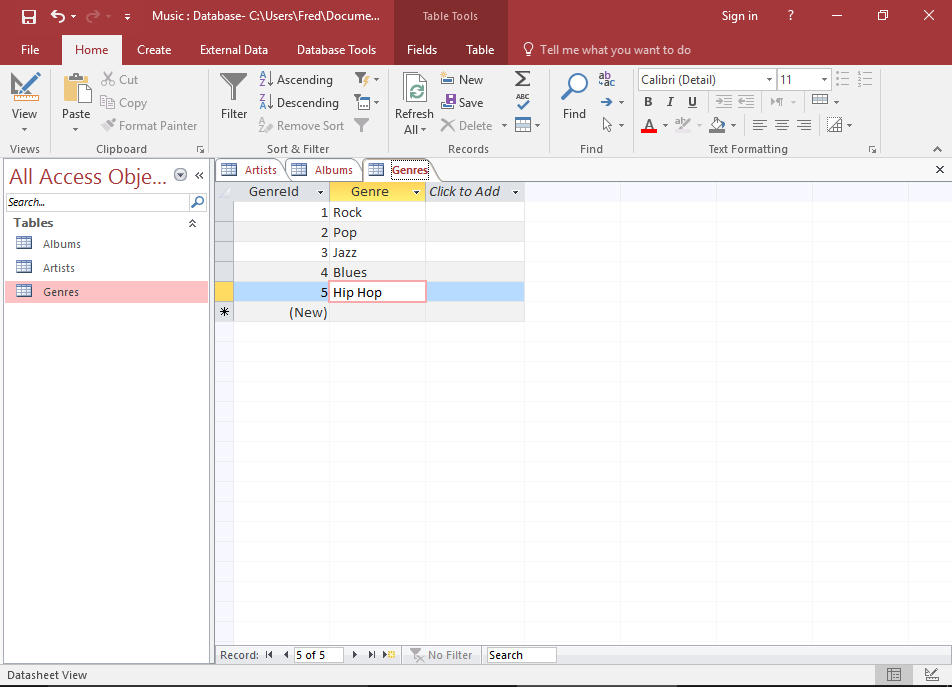 Access can use data stored in Access/Jet, Microsoft SQL Server, Oracle, or any ODBC-compliant data container. Skilled software developers and data architects use it to develop application software. Relatively unskilled programmers and non-programmer «power users» can use it to build simple applications. It supports some object-oriented techniques but falls short of being a fully object-oriented development tool.

Access was also the name of a communications program from Microsoft, meant to compete with ProComm and other programs. This Access proved a failure and was dropped. Years later Microsoft reused the name for its database software. 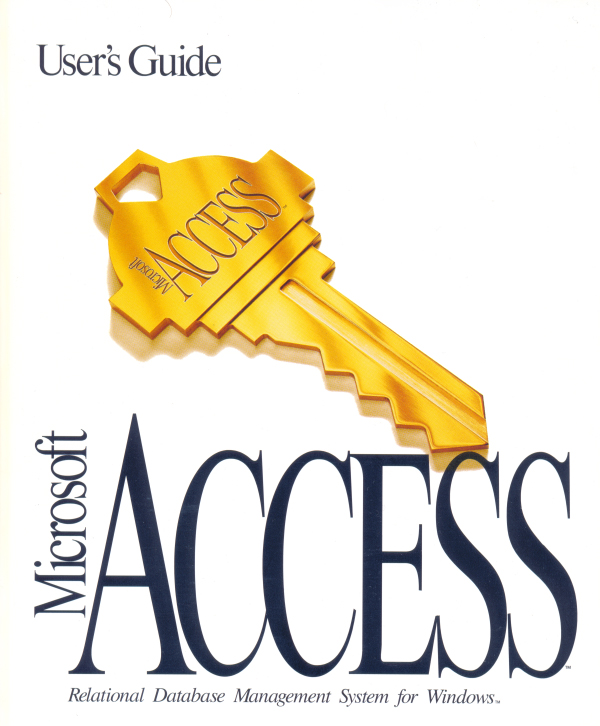 Microsoft specified the minimum operating system for Version 2.0 as Microsoft Windows v3.0 with 4 MB of RAM. 6 MB RAM was recommended along with a minimum of 8 MB of available hard disk space (14 MB hard disk space recommended). The product was shipped on seven 1.44 MB diskettes. The manual shows a 1993 copyright date.

The software worked well with very large records sets but testing showed some circumstances caused data corruption. For example, file sizes over 700 MB were problematic. (Note that most hard disks were smaller than 700 MB at the time this was in wide use.) The Getting Started manual warns about a number of circumstances where obsolete device drivers or incorrect configurations can cause data loss.

Access’ initial codename was Cirrus. This was developed before Visual Basic and the forms engine was called Ruby. Bill Gates saw the prototypes and decided that the Basic language component should be co-developed as a separate expandable application. This project was called Thunder. The two projects were developed separately as the underlying forms engines were incompatible with each other; however, these were merged together again after VBA.

Access is used by small businesses, within departments of large corporations, and hobby programmers to create ad hoc customized desktop systems for handling the creation and manipulation of data. Access can be used as a database for basic web based applications hosted on Microsoft’s Internet Information Services and utilizing Microsoft Active Server Pages ASP. Most typical web applications should use tools like ASP/Microsoft SQL Server.

Some professional application developers use Access for rapid application development, especially for the creation of prototypes and standalone applications that serve as tools for on-the-road salesmen. Access does not scale well if data access is via a network, so applications that are used by more than a handful of people tend to rely on Client-Server based solutions. However, an Access «front end» (the forms, reports, queries and VB code) can be used against a host of database backends, including JET (file-based database engine, used in Access by default), Microsoft SQL Server, Oracle, and any other ODBC-compliant product.

Many developers who use Access use the Leszynski naming convention, though this is not universal; it is a programming convention, not a DBMS-enforced rule.[2] It is also made redundant by the fact Access categorises each object automatically and always shows the object type, by prefixing Table: or Query: before the object name when referencing a list of different database objects.

MS Access should not be used over a wireless link as this can cause failure and data corruption.

One of the benefits of Access from a programmer’s perspective is its relative compatibility with SQL (structured query language) —queries may be viewed and edited as SQL statements, and SQL statements can be used directly in Macros and VBA Modules to manipulate Access tables. In this case, «relatively compatible» means that SQL for Access contains many quirks, and as a result, it has been dubbed «Bill’s SQL» by industry insiders. Users may mix and use both VBA and «Macros» for programming forms and logic and offers object-oriented possibilities.

MSDE (Microsoft SQL Server Desktop Engine) 2000, a mini-version of MS SQL Server 2000, is included with the developer edition of Office XP and may be used with Access as an alternative to the Jet Database Engine.

Unlike a complete RDBMS, the Jet Engine lacks database triggers and stored procedures. Starting in MS Access 2000 (Jet 4.0), there is a syntax that allows creating queries with parameters, in a way that looks like creating stored procedures, but these procedures are limited to one statement per procedure. Microsoft Access does allow forms to contain code that is triggered as changes are made to the underlying table (as long as the modifications are done only with that form), and it is common to use pass-through queries and other techniques in Access to run stored procedures in RDBMSs that support these.

In ADP files (supported in MS Access 2000 and later), the database-related features are entirely different, because this type of file connects to a MSDE or Microsoft SQL Server, instead of using the Jet Engine. Thus, it supports the creation of nearly all objects in the underlying server (tables with constraints and triggers, views, stored procedures and UDF-s). However, only forms, reports, macros and modules are stored in the ADP file (the other objects are stored in the back-end database).

Access allows relatively quick development because all database tables, queries, forms, and reports are stored in the database. For query development, Access utilizes the Query Design Grid, a graphical user interface that allows users to create queries without knowledge of the SQL programming language. In the Query Design Grid, users can «show» the source tables of the query and select the fields they want returned by clicking and dragging them into the grid. Joins can be created by clicking and dragging fields in tables to fields in other tables. Access allows users to view and manipulate the SQL code if desired.

The programming language available in Access is, as in other products of the Microsoft Office suite, Microsoft Visual Basic for Applications. Two database access libraries of COM components are provided: the legacy Data Access Objects (DAO), which was superseded for a time (but still accessible) by (ADO) ActiveX Data Objects however (DAO) has been reintroduced in the latest version, MS Access 2007.

MS Access can be applied to small projects but scales poorly to larger projects involving multiple concurrent users because it is a desktop application, not a true client-server database. When a Microsoft Access database is shared by multiple concurrent users, processing speed suffers. The effect is dramatic when there are more than a few users or if the processing demands of any of the users are high. Access includes an Upsizing Wizard that allows users to upsize their database to Microsoft SQL Server if they want to move to a true client-server database. It is recommended to use Access Data Projects for most situations.

Since all database queries, forms, and reports are stored in the database, and in keeping with the ideals of the relational model, there is no possibility of making a physically structured hierarchy with them.

One recommended technique is to migrate to SQL Server and utilize Access Data Projects. This allows stored procedures, views, and constraints — which are greatly superior to anything found in Jet. Additionally this full client-server design significantly reduces corruption, maintenance and many performance problems.

Access allows no relative paths when linking, so the development environment should have the same path as the production environment (though it is possible to write a «dynamic-linker» routine in VBA that can search out a certain back-end file by searching through the directory tree, if it can’t find it in the current path). This technique also allows the developer to divide the application among different files, so some structure is possible.

There is no Access 3.0 to 6.0 because the Windows 95 version was launched with Word 7. All of the Office 95 products have OLE 2 capabilities, and Access 7 shows that it was contemporary with Word 7.

Please select another system to include it in the comparison.

We invite representatives of system vendors to contact us for updating and extending the system information,
and for displaying vendor-provided information such as key customers, competitive advantages and market metrics.

We invite representatives of vendors of related products to contact us for presenting information about their offerings here.